The Force is Strong with this one!

I don't know about you, but I absolutely LOVED Star Wars #7, The Force Awakens. And the best part for me was -- my four year old loved it, too! Okay, she didn't stay for the ENTIRE movie. Four year olds can be pretty wiggly, as many of you probably know! But she fell in love with the story of Rey and Finn and BB8. And ever since she's been running around the house roleplaying Rey.

Now you gotta understand, this is a girl who never met a princess dress she didn't like. She's into My Little Pony, Tinkerbell, Cinderella and Elsa. The more glitter and pink and purple the better!

And while I absolutely don't think there's anything wrong with her loving girlie things--because I don't think "girlie" should ever equal "inferior" - I have to admit, it warmed my heart a little to see her embracing a tough, confident, capable character like Rey. 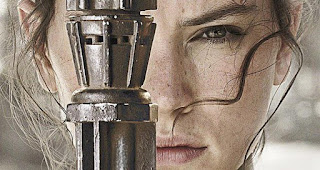 Rey is an awesome role model for all children--boys and girls--and she really did an amazing job in the film. It wouldn't have been the same film without her! (Despite what some toymakers may think!) 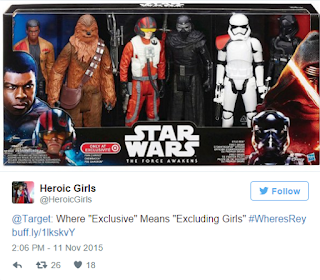 In any case, this Valentine's Day, in lieu of more candy, we decided to take her to the Disney Store. We told her she could pick out any costume she wanted to. And this is what we came home with! 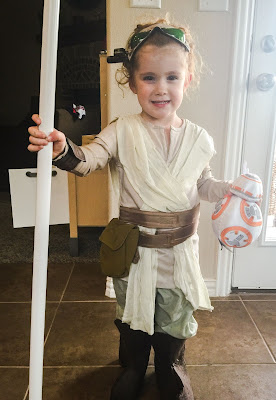 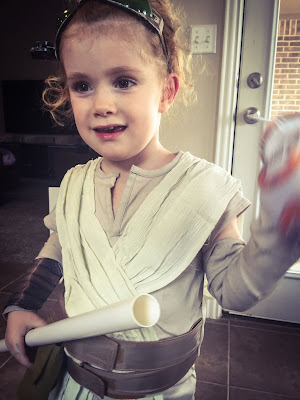 And yes, tomorrow she may go back to being her girlie girl self, decked out in pink and purple and glitter and tiaras. And that is totally fine! All I care about is that she believes in her heart that princesses (and normal girls) can do anything they set their hearts to! And they never have to feel the need to wait for a prince to come along. Like Rey, they have the power inside of them to save themselves.